The gripping, moving story of a mother and daughter’s quest to uncover a dark secret in the Alaskan wilderness, from the New York Times bestselling author of Sister and Afterwards

Thrillingly suspenseful and atmospheric, The Quality of Silence is the story of Yasmin and her deaf daughter, Ruby, who arrive in a remote part of Alaska to be told that Ruby’s father, Matt, has been the victim of a catastrophic accident. Unable to accept his death as truth, Yasmin and Ruby set out into the hostile winter of the Alaskan tundra in search of answers. But as a storm closes in, Yasmin realizes that a very human danger may be keeping pace with them. And with no one else on the road to help, they must keep moving, alone and terrified, through an endless Alaskan night.

'Much like “The Revenant” and “The Hateful Eight,” Rosamund Lupton’s suspense novel The Quality of Silence pits its characters against a heartlessly cruel Mother Nature….About half of this teeth-chattering novel is narrated by the indomitable Ruby, who is profoundly deaf — and a model of girl power…. In this tale, the deadly cold and treacherous road are no match for the fiery heat of enduring love.'
Washington Post
'An eerie eco-tale of disasters both real and man-made on the frozen tundra of Alaska. Yasmin and her daughter embark on what becomes an epic journey into the wilderness, [and] the alternating voices of mother and daughter are so compelling, it’s hard not to want to go along for the ride.
The book skates smoothly over issues of environmentalism, tribal rights and the relationship of the deaf and hearing worlds, including the question of what it means to have a “voice.” The temperature drops, the action heats up and the suspense builds with the storm. Even a white-out can’t hide the darkness within.'

Vanessa Friedman, NY Times
'Remarkable...[Lupton's] sensitive depiction of family bonds, make “The Quality of Silence” a compelling and beautifully written journey into the darkest of hearts.'
Seattle Times
'Lupton’s Alaska is closer to the real thing than a lot of what we see from the Outside…"The Quality of Silence” comes absolutely recommended, offering thrills and family drama in equal measure along with some important real-world issues and emotion strong enough to take your breath away.'
Fairbanks Daily News-Miner‎
'A heart-stopping page-turner from bestseller Lupton...Lupton limns a starkly beautiful story at once as expansive as the aurora borealis and as intimate as a mother and daughter finally learning to truly hear each another.'
Publishers Weekly, starred review
'Nail-bitingly suspenseful and chilling…Lupton demonstrates her mastery of the suspense genre in this dazzling tale of human resilience.'
Library Journal, starred review
'The strongly visual story hits the ground running … this journey is paced like a bullet… Lupton is at her best when describing the dark, wintry wilderness and pitting her two female protagonists against all comers… Delivers an engrossing wallop of readable escapism.'
Kirkus
'A rip-roaring read full of both beautiful descriptions of the tundra and harrowing passages on the dangers of subzero temperatures.'
Booklist
'Like a breath of icy air, this relentlessly tense thriller is also a child's-eye family drama like none other. Not since Smilla’s Sense of Snow have I shivered like this'
Emma Donaghue, New York Times bestselling author of Room
'I loved The Quality of Silence. It was scary, suspenseful and so exquisitely, evocatively written I often found myself shivering as if I were there in Alaska with Ruby and her mother. It was everything you want in a wonderful novel.'
Liane Moriarty, bestselling author of The Husband’s Secret and Big Little Lies
'A taut psychological thriller ... The Quality of Silence will have your heart thumping. Lupton’s masterful pacing, riveting plotting, and keen understanding of grief make her a winning rival of Tana French and Val McDermid. Absolutely gripping.'
Louise Penny, New York Times bestselling author of The Nature of the Beast
'With The Quality of Silence, Rosamund Lupton brings her sophisticated brand of suspense to a setting that might have attracted Jack London: the remote frontier of northern Alaska. An elegant, chilling read from a writer who continues to stretch the bounds of suspense.'
William Landay, author of New York Times bestseller Defending Jacob 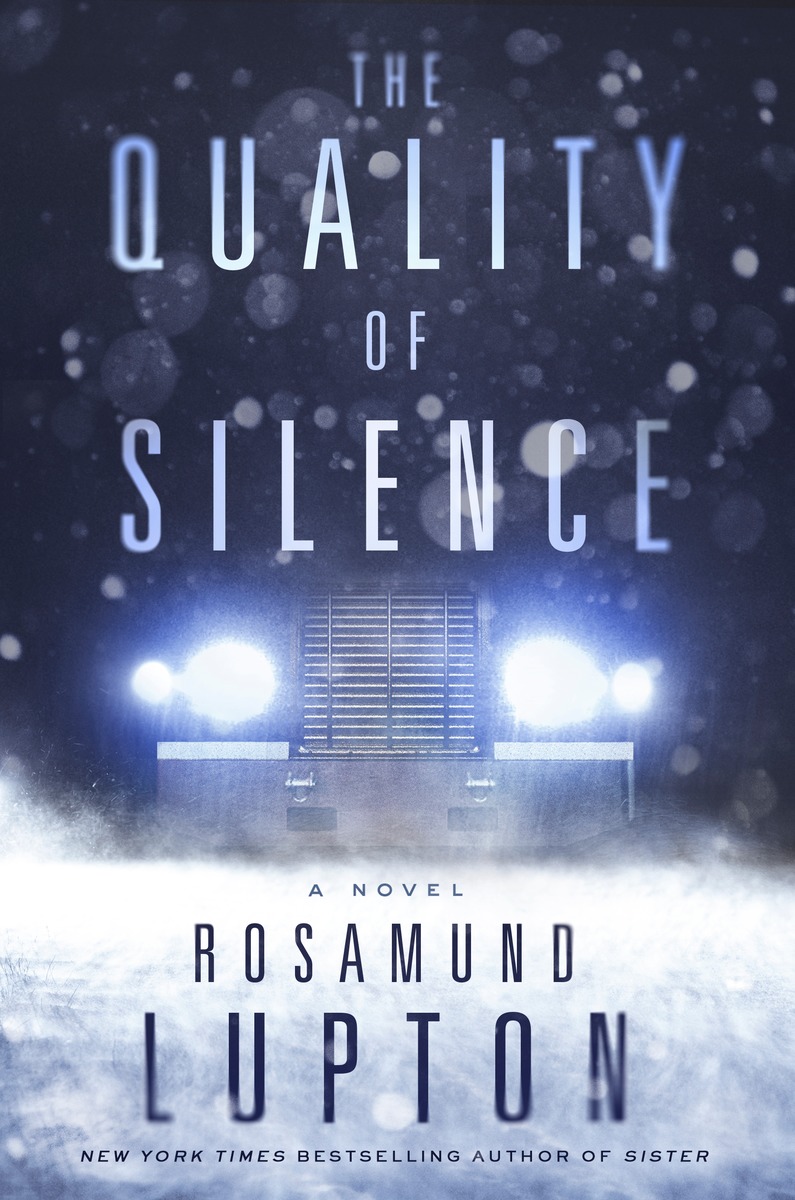